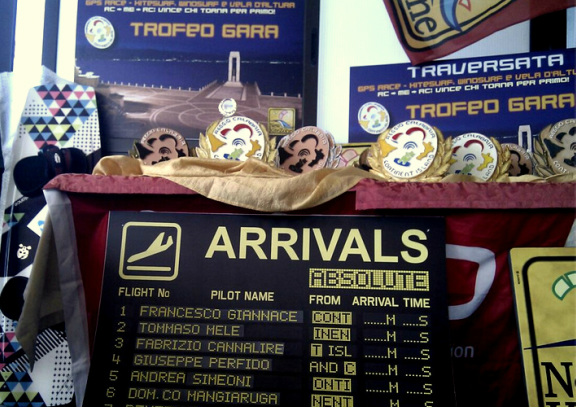 Tuesday 2012 Agust 7, finally we meet strong wether conditions.
It's the moment of the start of the battle.

The Field of the war presented very hard conditions due to the waves, over the usual, and the wind increasing in the middle of the straight.
The current was expected hard at the retourn leg...
Regular start and the riders started the fight at full speed but, going on, the sea goes big and bigger forcing the speed in some points.
The racers passion (too much speed for the waves/chop height) caused some extra spectacular crashs at amazing speed... and some incredible jumps from wave to wave...
The buoy in Messina coast, this year was really near the coast, as the wind was good enought up 300m from sicilian coast, and the riders was able to see the others kiters on the beach.
Several wrong kite sizes choice (kite too big: 9.5/10.5) forced the riders to an abnormal run speed and to an added effort to legs and a stressed run on the waves. Finally the current generated an hard to manage path till the finish line.
For that reason, the top speed was hard to reach for both board type,  difference between race boards and twintips was little.
In similar conditions the battle is not between riders but against elements.
Record not beated: the better time of this edition is 36m30s, the previous (2011) was 34m16s.

And big congratulations to the only one woman in the race, Stefania Esiliato (TwinTip), in strong overpower conditions bring to the finish the ride successfully!
Big THANKs also to all supporters and to all other 48(68 in total!) registered that was unable to stay here (as the programmed date was 1-5 august, but without really stable and ideal conditions).

See the complete photo/video Gallery of the event here! 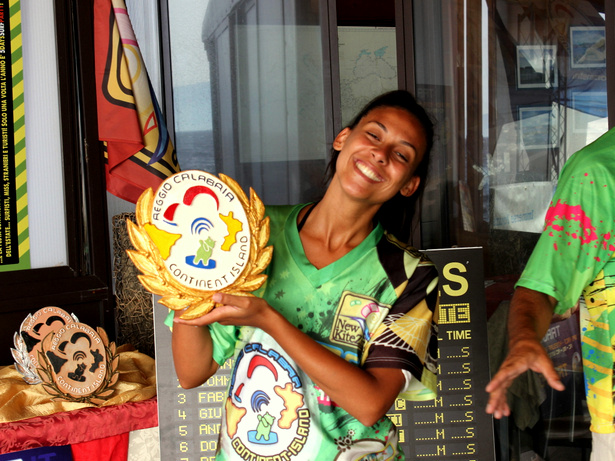